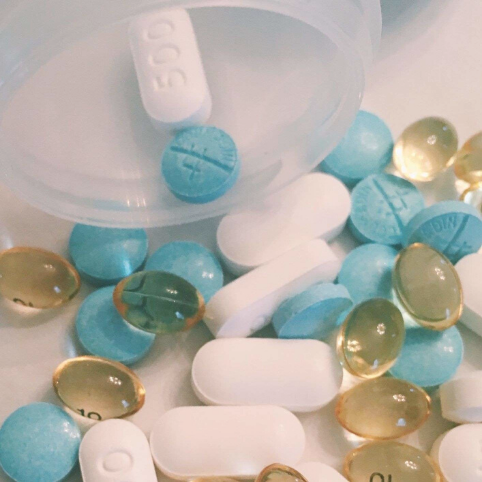 There are positive developments in important Huntington’s research taking place in Australia and other parts of the world, according to Huntington’s Victoria Chief Executive Officer Tammy Gardner.

Ms Gardner said the results of drug trials that had been released so far were encouraging and their recent expansion was a further cause for optimism.

There are three trials underway that involve DNA-based drugs which are designed to target the underlying cause of the disease by reducing the production of the mutant huntingtin protein. That mutant protein is believed to cause the damage to the brain that people with HD suffer.

Wave Life Sciences is testing two drugs in the PRECISION-HD1 and PRECISION-HD2 Phase 1b/2a trials and recently released data from the HD2 trial which is testing the drug WVE-120102.

The company reported that, comparing participants injected with the drug to those who received a placebo, there was a 12.4 per cent reduction in the amount of the mutant huntingtin protein in the cerebrospinal fluid that circulates along the spine and bathes the brain. The drug was also “generally safe and well tolerated across all cohorts” the company said.

The result was well below the results achieved in a trial of a drug developed by Ionis Pharmaceuticals and now licensed by Roche. That phase 1/2 trial, involving 46 volunteers, reported reductions of 40 to 60 per cent in the mutant protein in patients on higher doses.

However, the news from Wave was still received positively by researchers who pointed out differences in the drugs and the fact that the size of the dose in the PRECISION-HD2 trial was far lower than in the earlier Ionis/Roche trial.

Wave is now adding groups of people with HD to the trial who will receive higher doses of the drug being tested. Further results from the two trials are expected to be released in the second half of the year, the company said.

Both Roche and Wave are testing the drugs in Australia as well as in other countries.

Following the success of the earlier trial, Roche has established a bigger phase 3 trial called Generation HD1 to test the drug RG6042. That trial began last year and the company announced in October it was being expanded worldwide from 660 participants with HD to 801. There are over 80 trial sites in around 20 countries. In Australia the trial sites are in Sydney and Melbourne.

There are a number of strict requirements for eligibility for the Generation HD1 trial, including being in the early manifest or symptomatic phase of the disease.

The trial is due to be completed in early 2022. A phase 3 trial is the last step of testing before a drug can be submitted to regulatory authorities for approval.

It is hoped that the Generation HD 1 trial will show whether lowering huntingtin protein slows the progression of the disease.

In Australia the Wave sites are in Sydney, Melbourne, Brisbane and Perth.

Ms Gardner said it was encouraging that the drugs being tested had been shown to reduce the mutant protein. But she cautioned that there was no proof yet that reducing the Huntingtin protein actually slowed the progression of the disease and translated into functional, motor and cognitive benefits for people with HD.

“Things are heading in the right direction in the research space and I think that is a really positive thing for the community but there is such a long way to go,” she said.

“I know community members are keen to participate in these trials and some have been very upset when they haven’t met the very specific requirements for these trials.

“But our hope is that positive outcomes from these trials will lead to positive outcomes for the community as a whole. This kind of pioneering work will also be hugely beneficial for other researchers around the world working in this space.”

What is the Huntingtin protein?

The mutant gene that causes Huntington’s disease instructs the brain to produce an abnormal and toxic protein called mutant huntingtin.

That protein breaks into toxic fragments which bind together and accumulate in neurons, disrupting the normal function of those cells.

This process particularly impacts on the regions of the brain that help coordinate movement and control thinking and emotions.