Rising number of younger people with HD in nursing homes 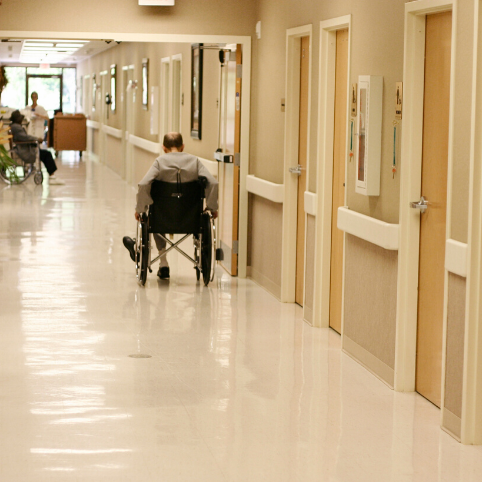 New figures reveal a growing number of younger people with Huntington’s disease are living in residential aged care in Victoria.

The Australian Institute of Health and Welfare data shows in total there were 331 people with HD in residential aged care facilities across the country in June last year – 149 of those aged under 65.

“Aged care is for elderly people in the last years or months of their life,” she said.

“It isn’t the best place for people with HD to be – let alone those who are aged under 65.

“All the evidence shows that these facilities do not have the trained staff, resources or expertise to meet the social, emotional and physical needs of younger people with disability.

Ms Gardner said a lack of alternative options was largely to blame. Families have been unable to get enough funded equipment, nursing and allied health support to have a loved one with HD remain at home or move into specialist accommodation in their local community.

The Aged Care Royal Commission has been heavily critical of the use of aged care as a “last resort option” for younger people with disabilities.

The Royal Commission last year recommended that no person under 65 should go into an aged care facility by 2022 and all those who wished to get out of a facility they are in should be able to do so by 2025.

In November last year the Prime Minister announced that the government had accepted those targets.

Ms Gardner said much work remained to be done to ensure the new targets were met.

“It is heartening to see a recognition that governments can’t continue to use aged care as a last resort for people with disability, including those with HD, because of a lack of specialist accommodation,” she said.

“But the clock is ticking and there needs to be greater consultation and transparency about how these goals will be met and what the alternatives will be for younger people with HD.

“We need governments working together with the NDIS on this in a way that just hasn’t happened in the past.”

The long-term campaign to prevent younger people going into aged care has been led by HV board member Dr Bronwyn Morkham who is the national director of the Young People in Nursing Homes National Alliance.